If you’re considering off grid power, whether it’s for your home, or for a shed, or a cottage in the wild, then this post is meant as a very basic guide to what you might need, and what you need to think about. It’s not intended as as a how-to installation guide – that’s for another day.

Assuming you’ve no grid power available at all, the first thing to consider is what you want to power. Some things lend themselves to small, fairly low power systems, such as lighting, phone or laptop charging and small pumps. A fridge is usually next on the list, maybe a freezer. Modern fridges and freezers use surprisingly little power. Stick to LED bulbs, and A+ or A++ rated appliances.

Cooking, space heating and water heating with small systems are usually a no-no. They’re likely to use too much power, so save them for a bigger project.

First make alist of the things you need to run. Each will have a label stating how much power it uses in Watts (W). Next you should estimate how long you’ll use each of these things for each day – be pessimistic. Also estimate what is the most power you’ll need to use at any one time.

From this we’ll be able to work out how much solar you will need and how much battery storage you will need. More in our next blog post. For now lets concentrate on what equipment we will need.

We’ll need some solar panels. They come in a variety of sizes. You can’t mix and match different sizes together – they need to be the same. Panels come in 2 basic kinds, monocrystalline and polycrystalline. The mono panels use pure silicon wafers and perform slightly better in direct sunlight; the poly panels use blended silicon, and so are usually slightly cheaper. In practice, in the average weather conditions we have in Ireland and the UK, you will be no worse off with the poly panels.

Give consideration to where you’re going to put the panels. Ideally they’ll be south facing, and you can put them on a roof or on ground mounts. A roof obviously involves care not to cause leaks, so use the correct type of mount. In the past we’ve used timber rails, but really the proper aluminium rails are the way to go and not expensive. Mounts are available to screw into timber if you have a ground frame – with larger panels especially it is important not to underestimate the power of the wind when mounting them. Also consider local planning laws, something we’ll deal with in a future post in detail.

The DC (direct current) power coming from your panels, comes to a charge controller, which regulates the flow of electricity to your batteries. Typically there could be between 12 and 150 volts DC coming from the panels, and your batteries will be 12volt, 24 volt or 48 volt, so the charge controller needs to make that DC-DC conversion to keep thebatteries happy, and to charge them in the most efficient way. There are 2 types of charge controller – PWM (pulse width modulation) and MPPT (maximum power point tracking). PWM controllers work best when the panel and battery voltages are similar anyway, and MPPT can take any incoming voltage and use it to charge the battery. MPPT charge controllers are far more efficient, and they are the only sort we sell.

You need somewhere to store your electricity, and there are a variety of different kinds of battery to store it in, each of which has its advantages and disadvantages. They come typically in 2volt, 6 volt and 12 volt sizes. Mixing different sizes and ages of battery isn’t advised – you need to try and keep them all the same. Battery capacity is usually stated in Amp Hours – the number of hours a battery can deliver a particular load until it is discharged.

Here are some examples: 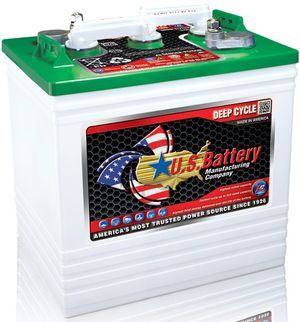 FLA batteries have been around a long time, are tried and tested, and very robust when properly maintained. They are the cheapest sort of battery for renewable systems, the materials in them (lead/plastic) are widely recycled, but they do by their nature contain acid solution which can be hazardous if spilled, and they do give off explosive gas when charged, so need to be well ventilated. They also need to be topped up with distilled water from time to time. Properly looked after they will last a long time, and have some resale value because of the lead content when they reach the end of their life.In order to ensure maximum battery life we typically try never to discharge a FLA battery more than 50%, and definitely never beyond 80%.

A sealed maintenance free version of FLA, typically in the smaller size batteries, that is as the name implies, sealed and cannot be topped up.

Absorbent Glass Mat and Gel batteries have their electrolyte bound up in mats or gel,and so are spill proof. They typically off-gas a lot less than FLA batteries and so tend to be used in confined spaces – vehicles, boats, cabins. AGM are more expensive than FLA, and Gel are more expensive still. There are versions of both that are specifically designed for static energy storage applications like solar – the Victron range that we sell are just such batteries. 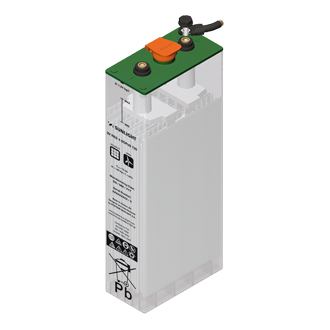 Tubular plate are tyically either flooded lead acid or gel batteries, that contain, as you’ve guessed, tubular plates. They’re usually large, tall batteries, often come in 2v cells, are high amp hour – from 200 up to 1400, and are incredibly heavy. An 800Ah 24v tubular plate battery is going to be about 1m cubed and weigh over half a tonne. Versions of them are used in fork lift trucks, although some are designed specifically for renewable energy storage. The RES batteries we stock are this design. We also carry regular flooded fork lift packs.

Relatively new, there has been an upsurge in Lithium batteries because of electric vehicles, and the Tesla power wall home batteries. Compared with lead acid, agm or gel, they are quite complex, there is more to go wrong, as the battery has its own battery management system to facilitate safe charging. Lithium is an inherently reactive material, so battery failures are spectacular, though rare. 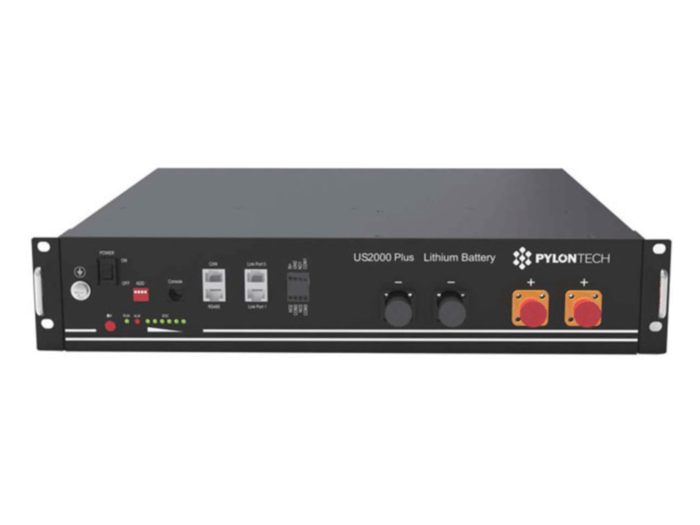 The benefits of lithium are that you can discharge them almost fully without ill effect, so  for the same rating as a lead acid battery you get twice the useable capacity. They are also small, clean and can be housed anywhere, and can be added to over time. Their big disadvantage is cost – at least three times as much as lead acid.

An inverter takes the 12, 24, or 48 volt DC from your battery, and converts it into 240V AC that your domestic appliances run on. Inverters come in sizes ranging from 300w to 10kw. If you are off grid then you are likely to be very dependent on a reliable inverter to keep the lights on. Victron inverters have a 5 year warranty, are highly efficient, and well made.

Other features – some inverters have a ‘quiet mode’ which reduces self consumption (the amount the inverter uses just by being switched on) when there is no load demand on the inverter. Bigger inverters will typically include relays to control other devices, for instance to switch on appliances when there is an excess of power being produced.  The inverter and charge controller may also communicate to work more efficiently together.

Connecting it all up

It is vital that the correct size cable be used in these systems. At low voltages, they will be typically carrying high ampages so you must use big enough cabling or risk a fire from overheating. We have a cable size guide on the site to help.  Cables also suffer from ‘voltage drop’ where the resistance of the cable leads to a loss of voltage over distance. This is more pronounced in low voltage applications where cable sizes have to be larger – an important cost consideration.

It is important that each part of the system is fused, to prevent disaster in the event of a short circuit or failure. Typically using an inline fuse. We use Megafuses, which come in ratings from 50 to 400 amp. 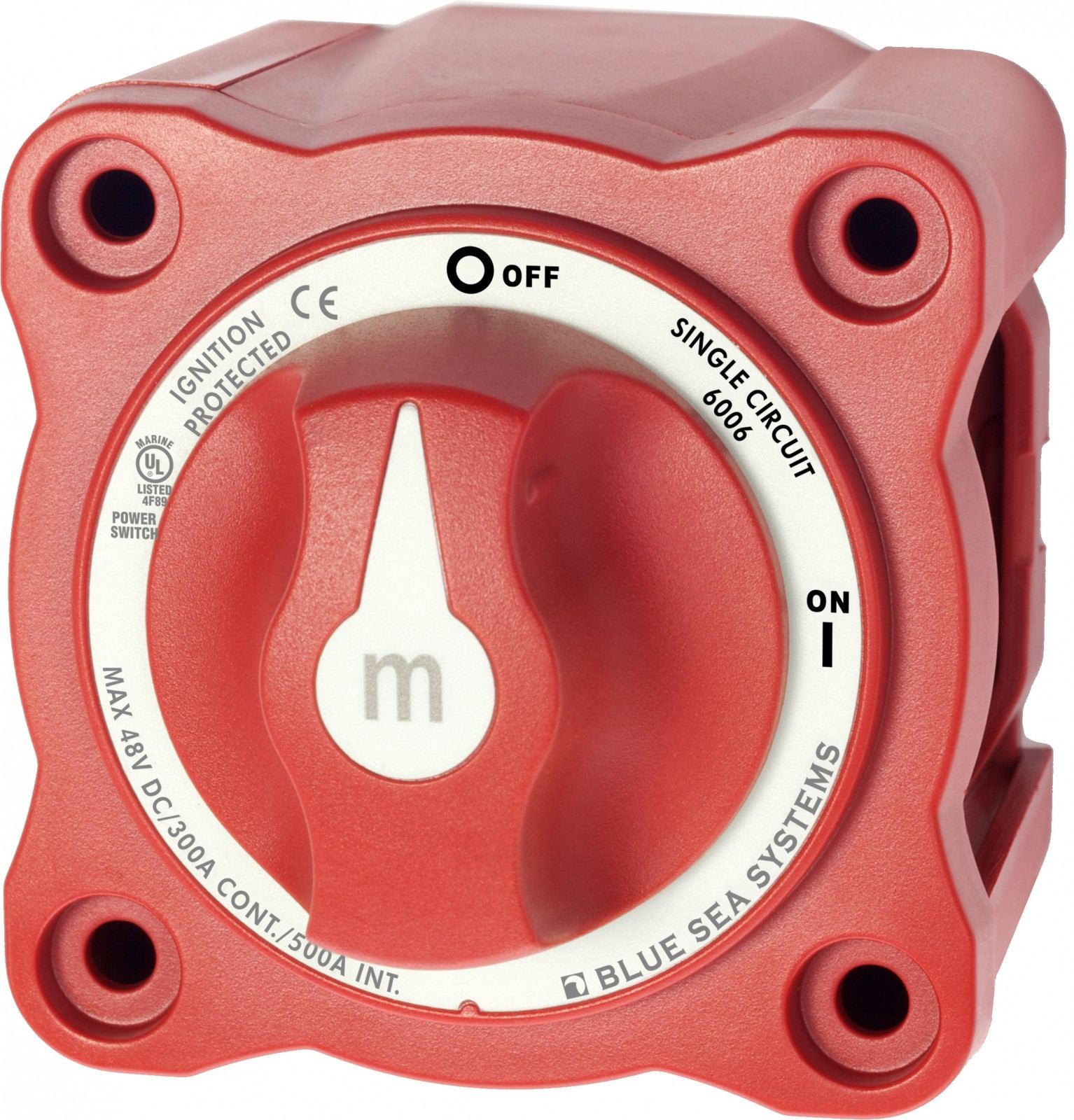 You also need to be able to isolate batteries with a switch. These are a dedicated high ampage DC switch. A switch will also be needed to isolate the solar panels, and charge controller.

Some kind of volt meter is always useful to be able to check battery voltage, and a generation meter to see what is coming into the batteries from the solar. The Victron Smart Solar MPPT controllers have bluetooth built in, enabling you to view power generation and battery charging via a free smartphone app. The Victron BMV-700 or BMV-712 is a battery monitor that can give you an indication battery state of charge and voltage. A generation meter is also available for MPPT controllers.

So that’s an overview of what is needed. In future posts we’ll begin to look at the specifics of putting a system together.