Right at the start of the year, Gerry from Kerry was kind enough to give us a working Bornay turbine like the (then broken) one we have, as well as a 15 metre mast to put it on. Our mast is 9 metres which seems pretty tall when you’re near it, but in the world of wind turbines, taller is generally better. At the time we were just in a hurry to get a working turbine up so the mast has sat in the field ever since. Every time I’ve walked past it, its called out to be put up, but it needed a few improvements. Finally I decided to find a good welder to do the work for me, and I did, though not in the way I’d expected.

So I am sitting in the kitchen, and a figure passes the window. I go out and there’s a gentleman at the door, and a white van in the drive. ‘Do you want some wool?’ he asks. I’m not sure what I expected him to say, but this wasn’t it. ‘Wool?’ I ask. ‘Yes, wool, would you like some wool?’. I am still perplexed, and we go to the van, as I work out what the catch is here. Anyhow it turns out he’s got a few sheep up the road, and as fleeces are completely undervalued (who would have thought that at one time the wealth of our islands rested on them) he has a giant bag of sheeps wool and it’s free. ‘I thought you’d be able to use it for insulation maybe’ he says. It turns out our reputation for doing strange things with common materials precedes us.

So we go to heave the giant sack of wool from the back of the van and I notice that it’s full of welding kit. Two minutes later we are surveying the wind turbine mast and he says he’ll come back with his son to take a look. It’ll be no problem he says. An hour later I’m on their doorstep with the mast on a trailer. Turns out his son builds horseboxes, and needs Victron equipment to use in them, which I’m able to supply. All because his dad wanted rid of some fleece. It’s great when things work out.

A few days later I bring the mast section home, we let down the old one, and tow the monster into the field (it’s made from 12mm wall gas pipe and literally weighs half a ton). After some swearing and a day of wrestling the many steel guy wires, the new one is in position, and we’re ready to go. 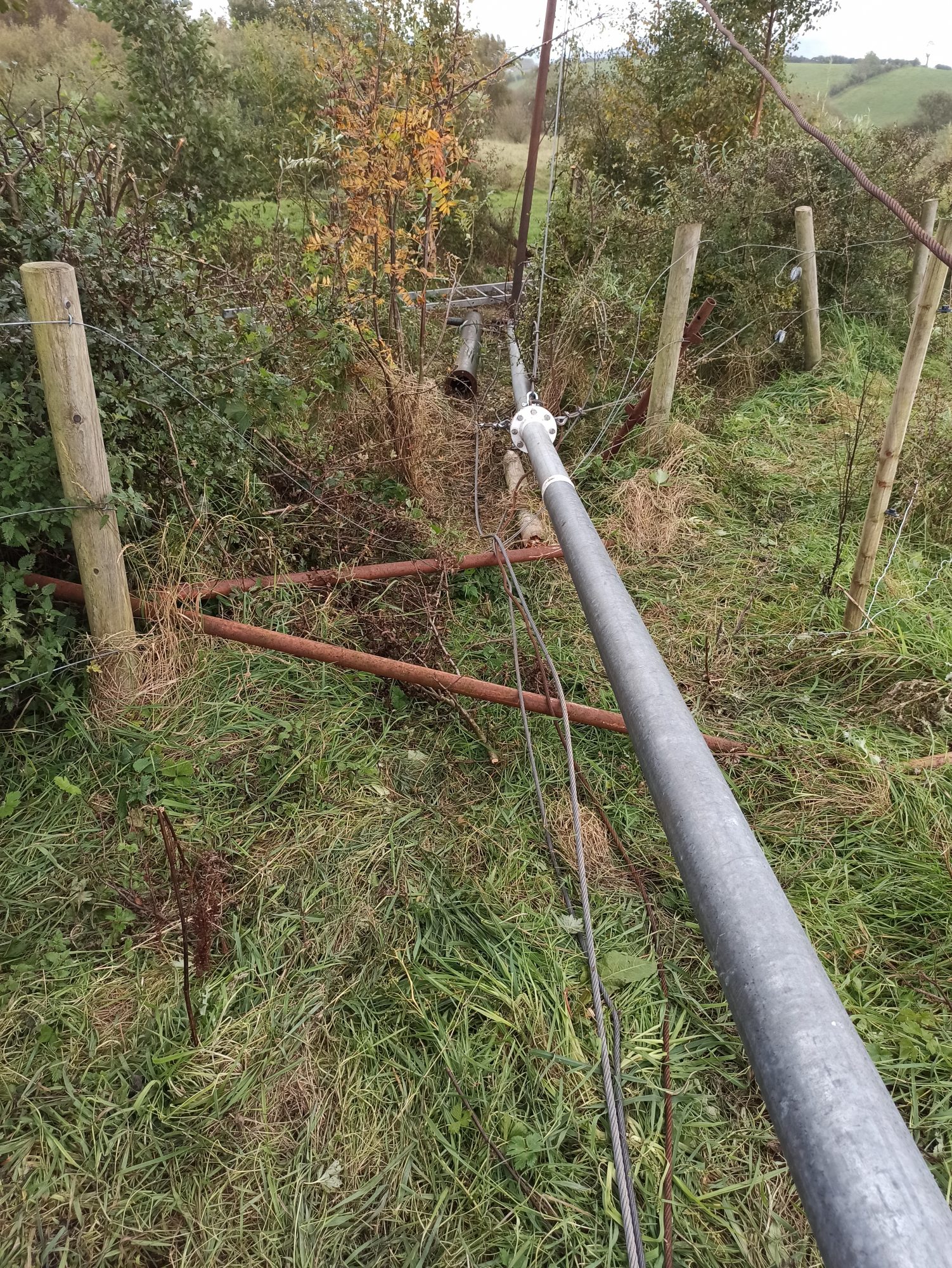 Only I realise that having bolted the two sections of mast together they look like a dogs hind leg, and there’s a fairly significant bend where the two bits meet. So we take it all apart again, cut the top pipe, and the patient welder sorts another bit out for us the next morning.

Then at last its all reassembled, straight this time, and hauled into position with a combination of the old creaky electric winch (I forgot to do up the battery nut properly and it partly melted), and a new/old tirfor pulling winch. I’m a bit sketchy on exactly how it works but between the two the mast is lifted, and the guys tensioned. A huge sigh of relief is breathed,and of course the wind drops for a week. Oh and I cut through the cable with a hedge cutter as soon as it picks up. Mending the 300v cable with the turbine spinning is best described as tense, but finally it is all working. Now we just hope it stays up there. 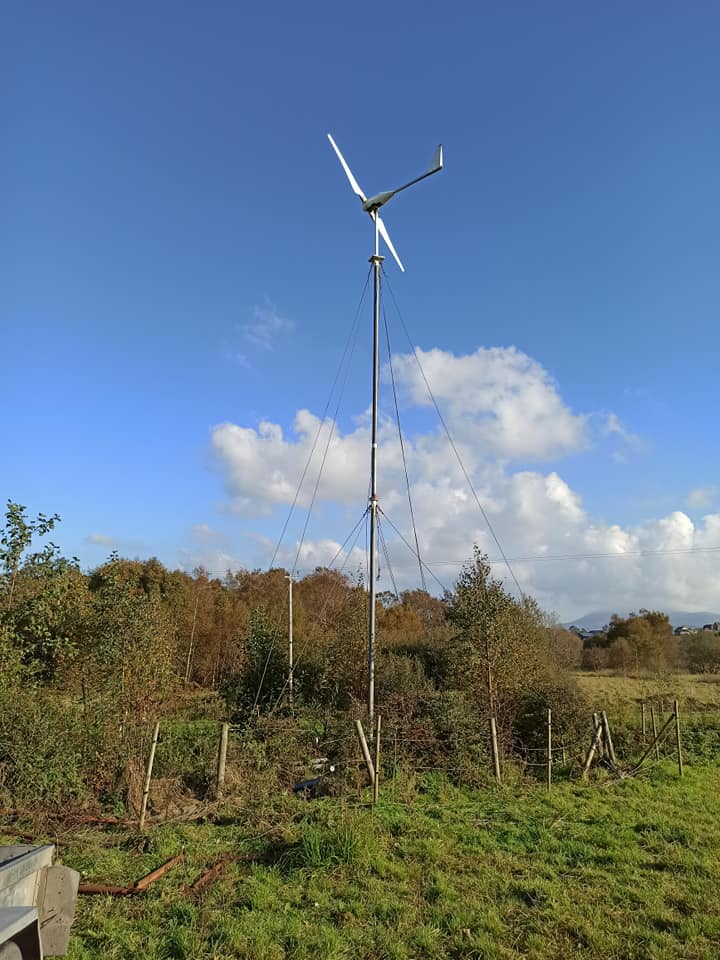 Latest Posts
Tag Cloud
battery charging bornay cables calculator charge controller charge controllers fla lead acid lifestyle mppt off grid overview pv sizing smartsolar solar systems technical vanlife victron victron connect wind turbine
Categories
Archives
Save & Share Cart
Your Shopping Cart will be saved and you'll be given a link. You, or anyone with the link, can use it to retrieve your Cart at any time.
Back Save & Share Cart
Your Shopping Cart will be saved with Product pictures and information, and Cart Totals. Then send it to yourself, or a friend, with a link to retrieve it at any time.
Your cart email sent successfully :)